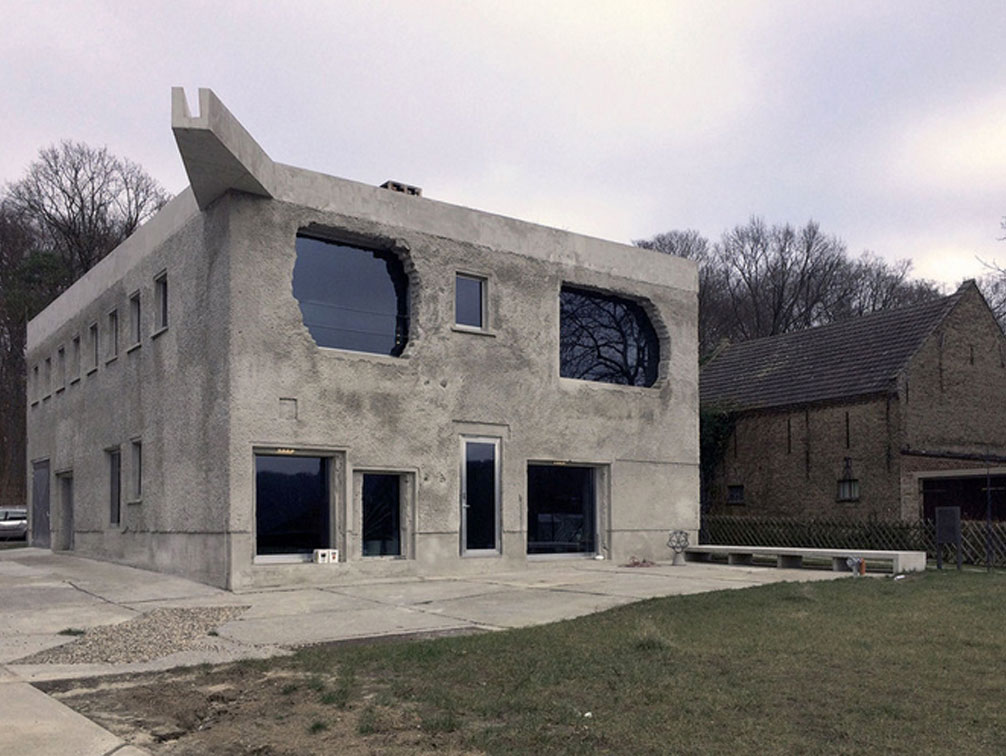 03.14.2016
BRANDLHUBER PLEASE HELP!
Following the discussion about the construction of a hotel next to Stara Pravoslavna crkva (Old Orthodox Church), we see yet another construction paused, due to legal and/or investment disputes, becoming one of many structures that do not live up to their intended use and remain exposed to the ravages of time and frustration. Sarajevo is increasingly becoming a conglomeration of derelict structures and hence a possible test ground for Arno Brandlhuber!

The town of Sarajevo should offer one of its derelict structures to Arno Brandlhuber, the architect and creator of Anti-Villa, to do a case study in re-purposing. The Anti-Villa was a former GDR underwear factory located in an exclusive residential area near Berlin. The vacant factory was turned into a multi-use structure that questions the very nature of established building standards / codes and forms of habitation.

By making the rough even rougher, Brandlhuber does not only celebrate anti-taste, but addresses the social dimension of aesthetics as well. For Brandlhuber, the facade of the Anti-Villa is a social manifesto. Not only were the facade openings created during a collective hammering orgy of friends, but by reducing costs and building standards he had also intended to increase the accessibility to his projects (also refer to his project at Brunnenstrasse in Berlin). According to Brandlhuber, costly and mono-functional building standards contribute to the segregating model of the modernist city. Instead of perfectly insulating the structure from the outside world, the Anti-Villa has different temperature zones. During winter the habitable area is reduced to 70 m2. His understanding of architecture as environment demands as well open usage concepts. The Anti-Villa can accommodate the architect during weekends, as well as ateliers, public debates or festivities.