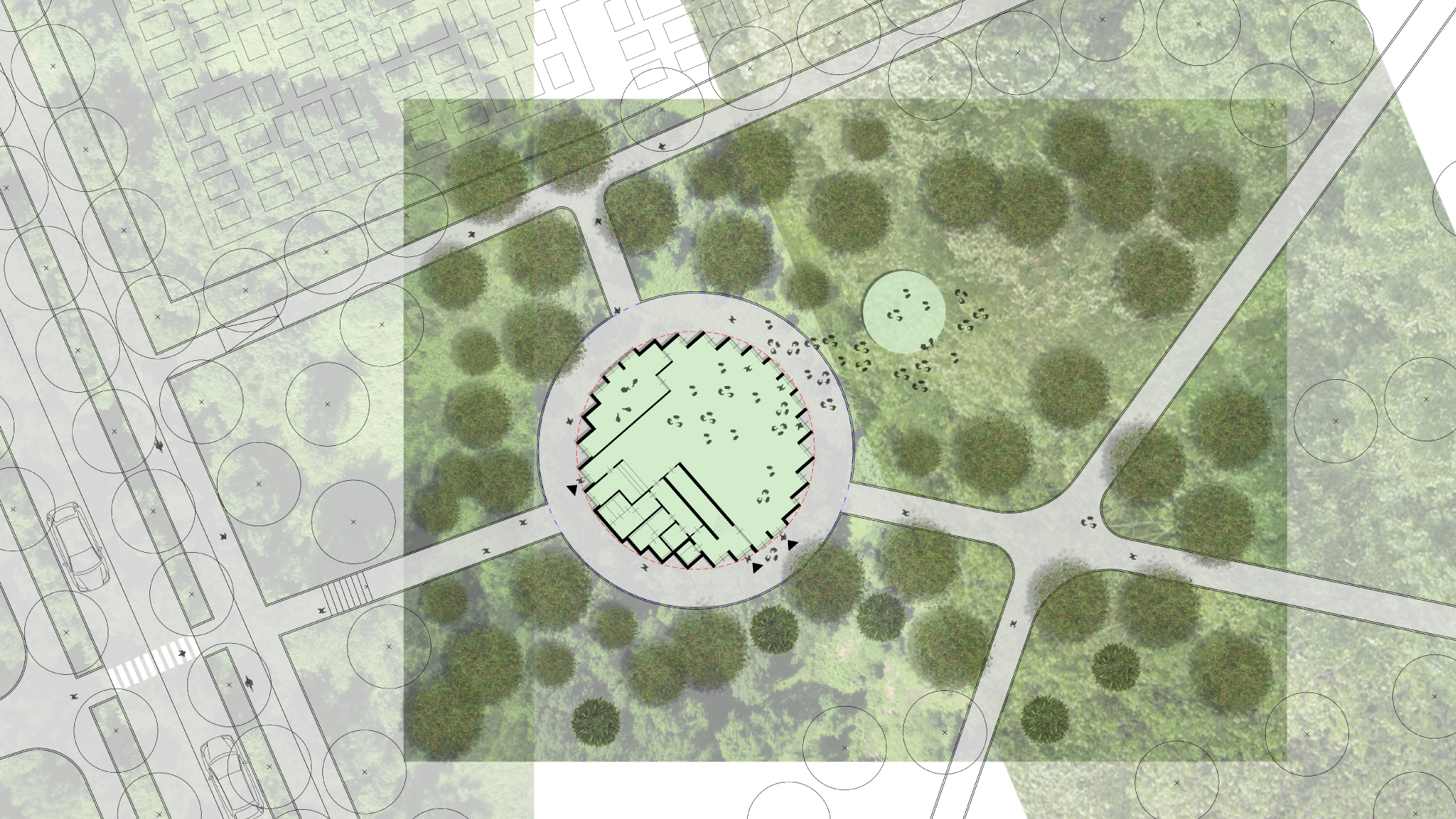 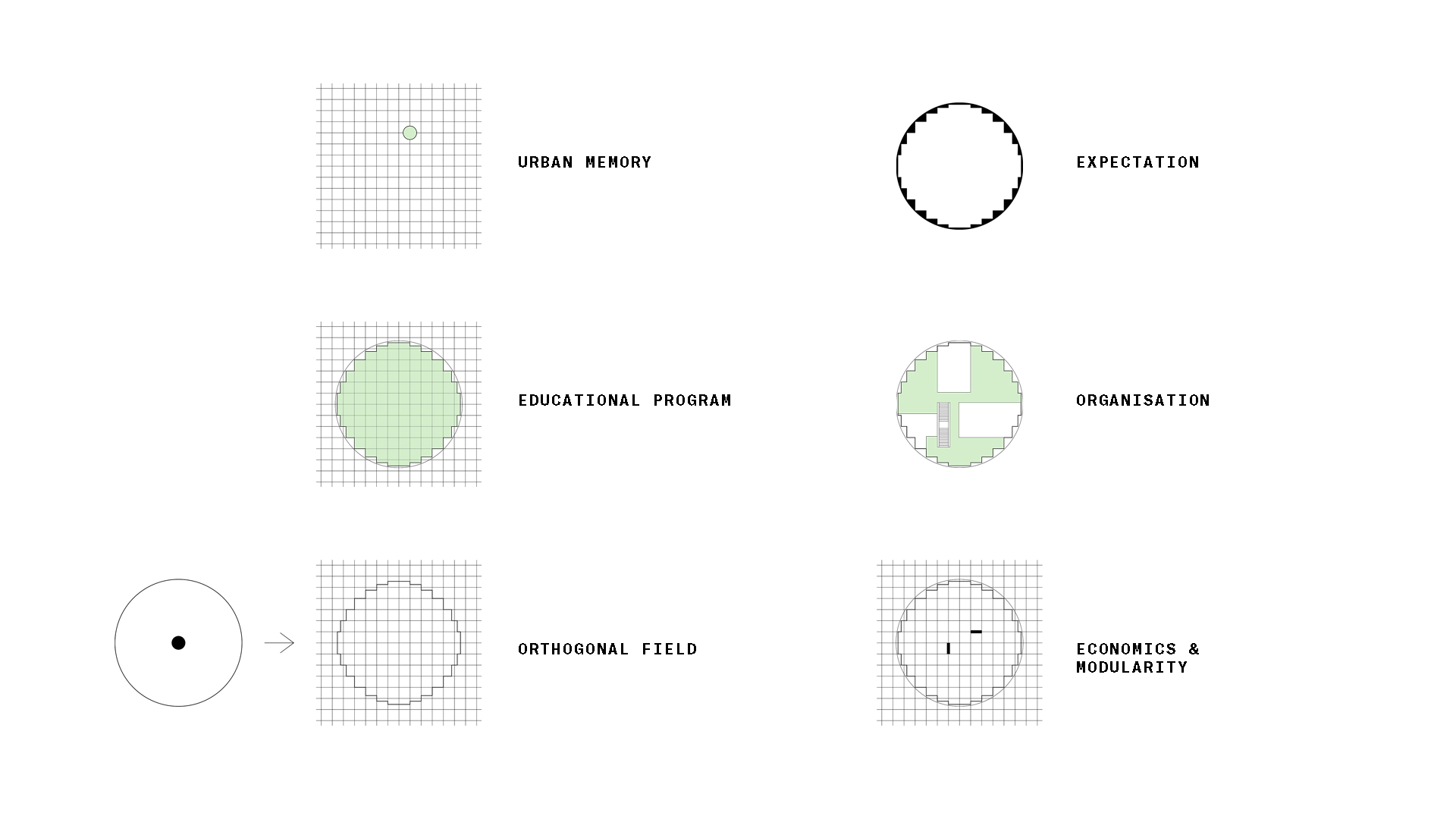 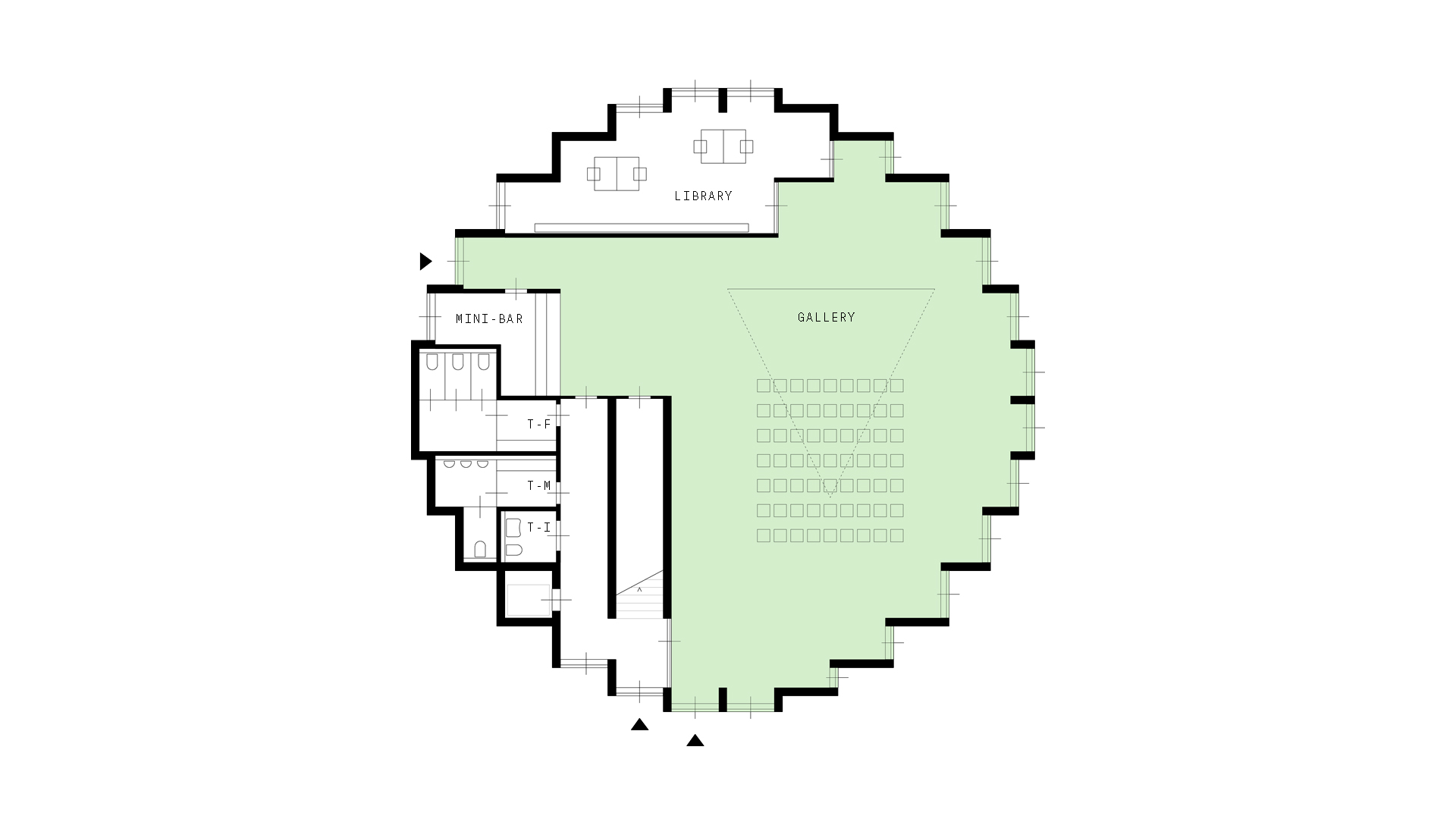 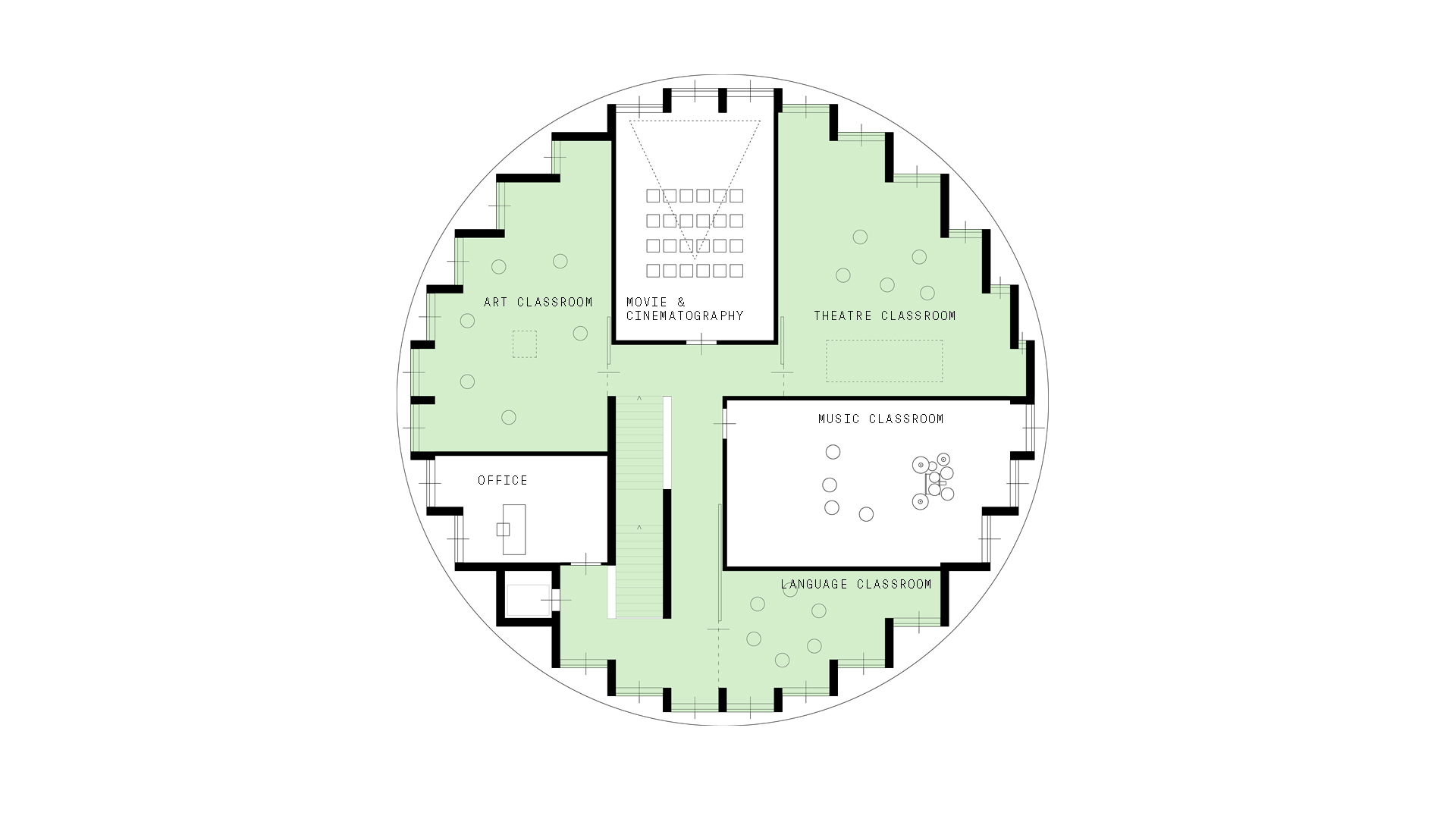 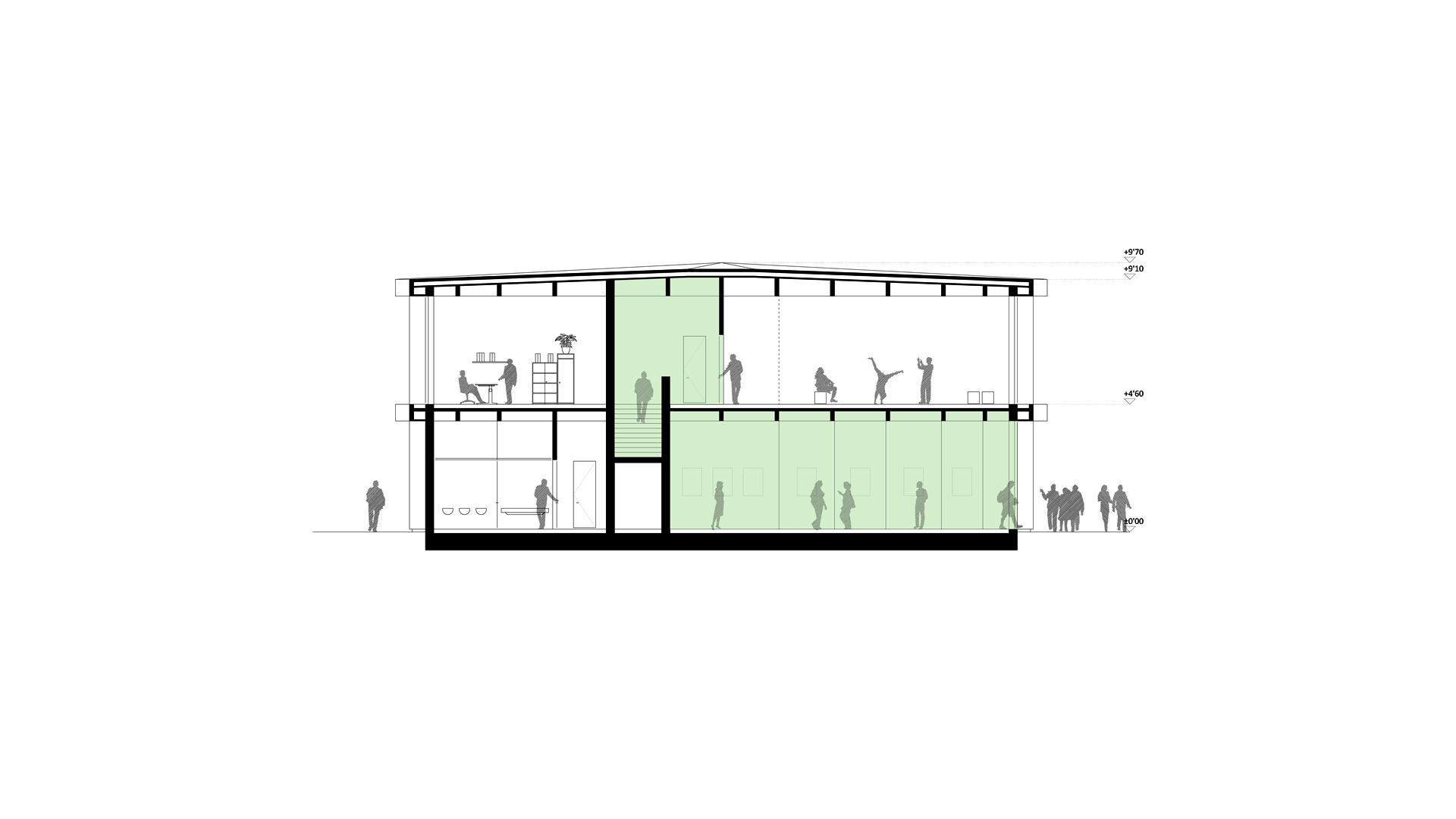 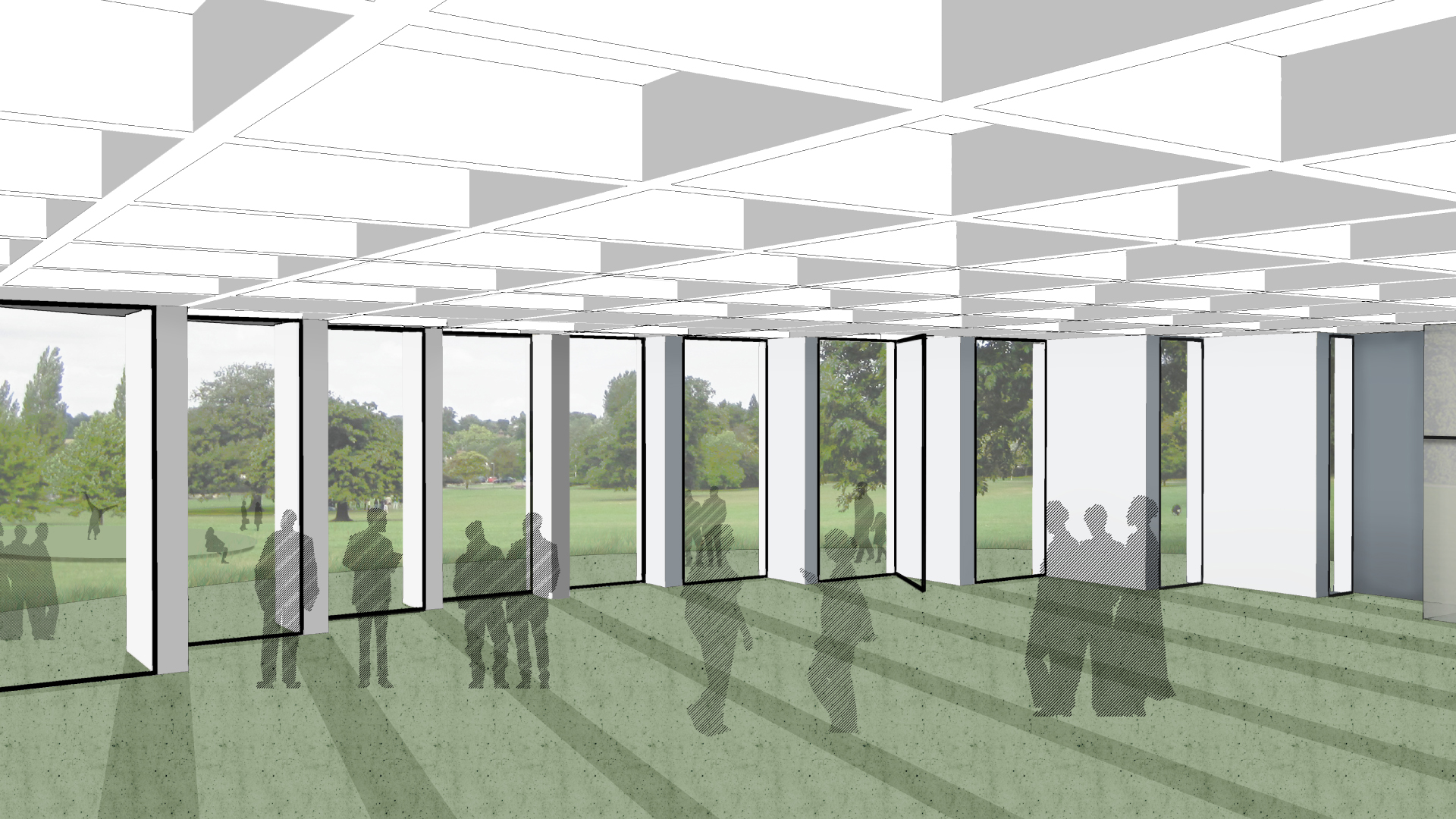 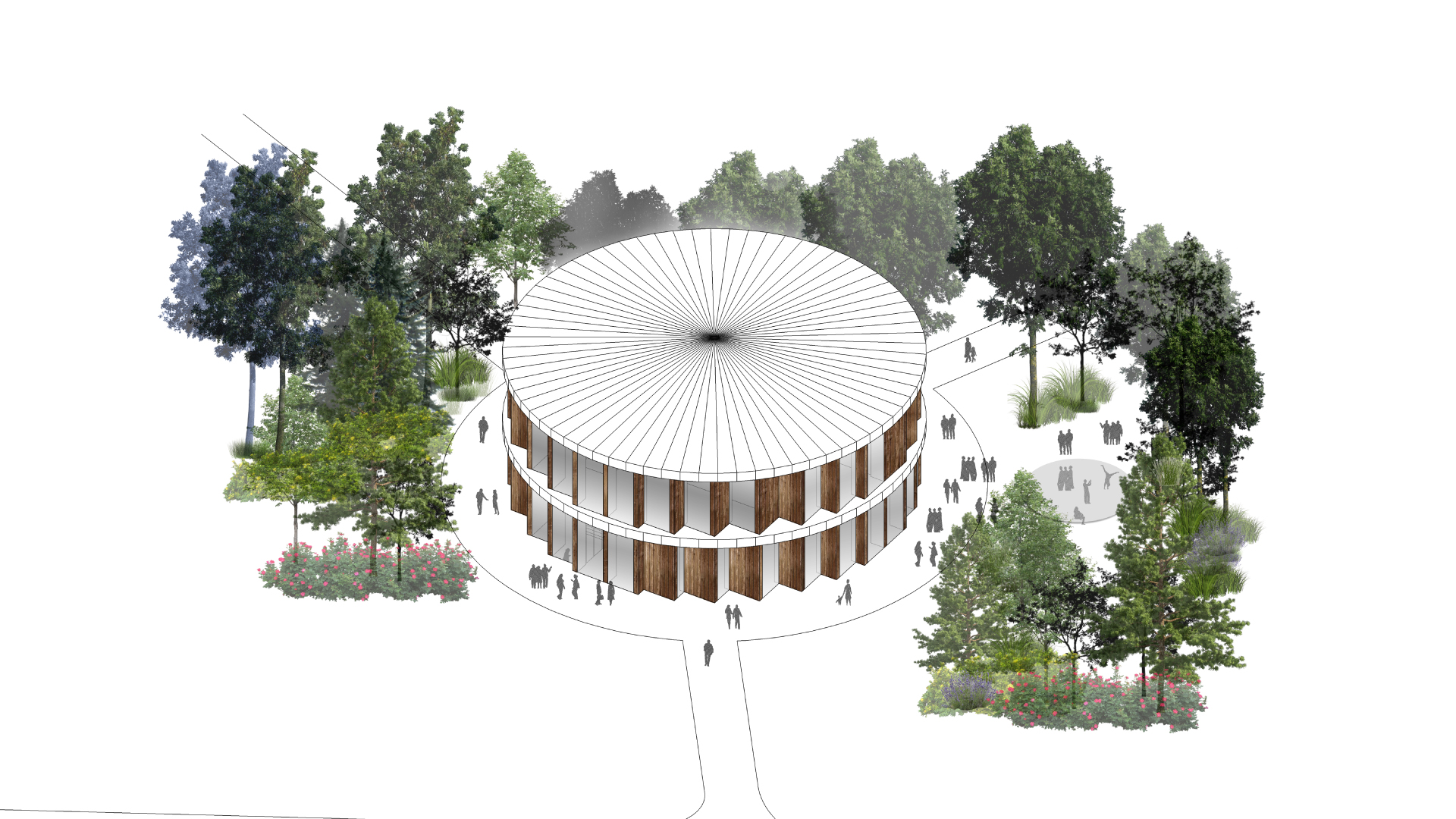 The significance of the former House Austria in Sarajevo relates less to architectural excellence but to the programmatic values it offered to those people in Sarajevo with interest in culture. The house was host to many public events and a popular meeting place. In addition, the excellent reputation maybe attributed to the fact that the house was constructed in a period of vast modernization of the city. While other cities in former Yugoslavia were already struggling with economic difficulties, Sarajevo had one of its most flourishing moments. In the urban memory of Sarajevo the House Austria is imprinted as point of culture, and quite literally the house with its ´circular´ footprint could be read as a point in the urban grid.

The design proposal for the construction of a new House Austria relates to the ´circular´ urban memory on one hand, while considering contemporary modes of cultural and economic production on the other hand. Whereas the idealized identity of the House Austria appears to be a fixed one ( > represented by a circular foot print in the regulation plan), the new programmatic qualities of the house ( > constructed by a set of relations in an orthogonal field) shall transgress established notions of representation and empower the youth of tomorrow!

Relations in an orthogonal field are less hierarchical than the one in a circle. Instead of building a house with ´one´ centre, the orthogonal field offers an equal network for activities and mutual exchange. The house offers the youth of tomorrow an educational environment that is inspired by ´emancipatory education´. An educational model that opposes institutionalised education (dividing between the ones who possess knowledge and the ones who do not) with plurality, equality and self-organisation.

The construction of the new House Austria  is based on a 2m grid that creates a circular envelope, which gets as close as possible to the original circular footprint. From distance the house appears as circle. Coming closer the ´circular´ expectation is not fulfilled. Rather, a more complex geometry appears that invites passers-by for further exploration. From distance the House Austria  maintains its significance as a point in the urban network but from close it turns into a field for new forms of cultural production.

Floor plans are divided between fixed spaces that have special demands (such as acoustic optimizations in the music room or water and sewage installations in wet rooms) and liquid spaces. Liquid spaces are more flexible in terms of usage, invite for experimentation and create generous spaces in a rather small envelope.

Aspects of sustainability – in an emancipatory educational and material sense – form the building components for the construction of the new House Austria. These building components relate to the glorious past of the House Austria, project a liberal and more ecologic future and create possibilities for emancipation in the present life of our youth.