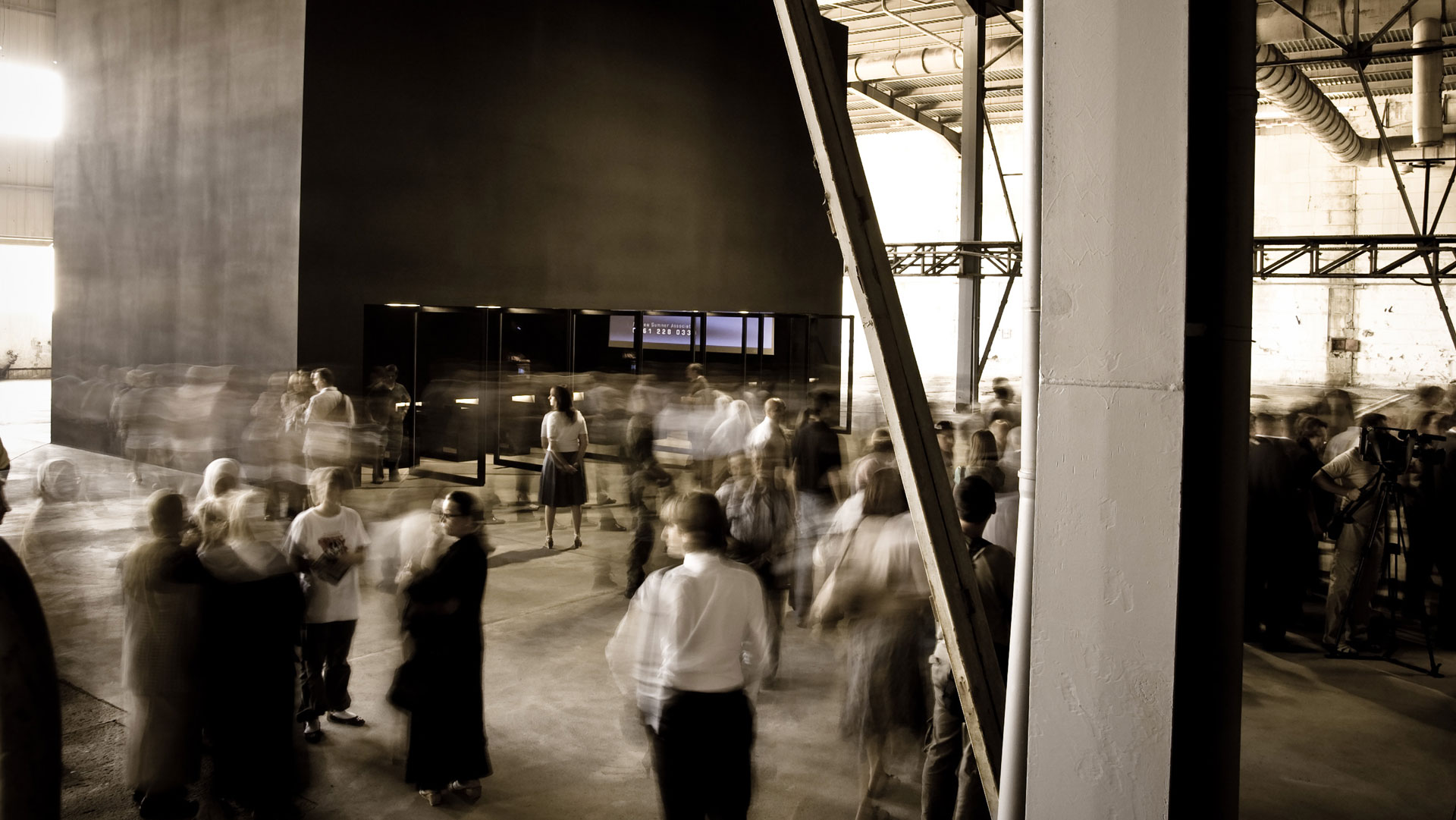 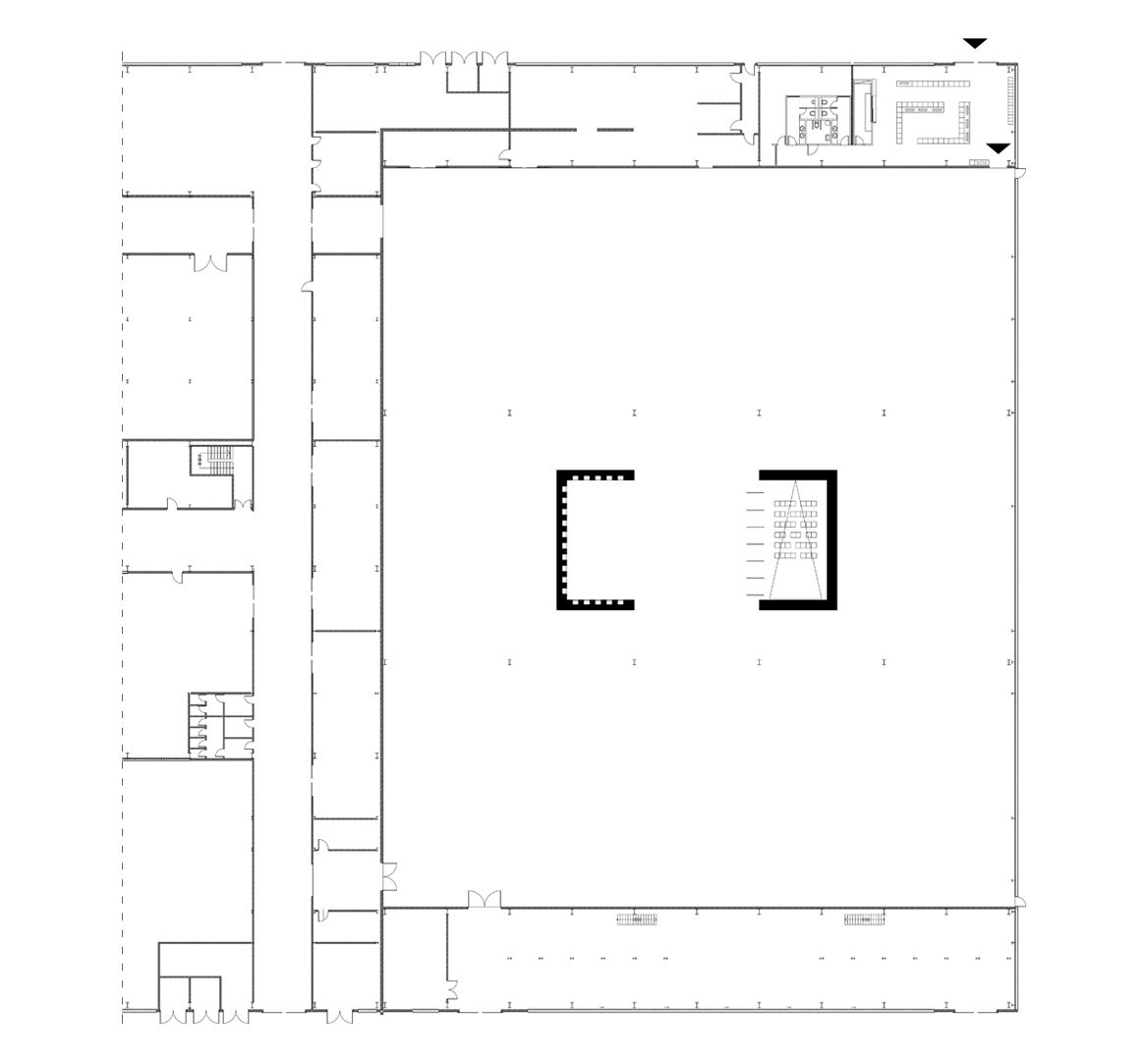 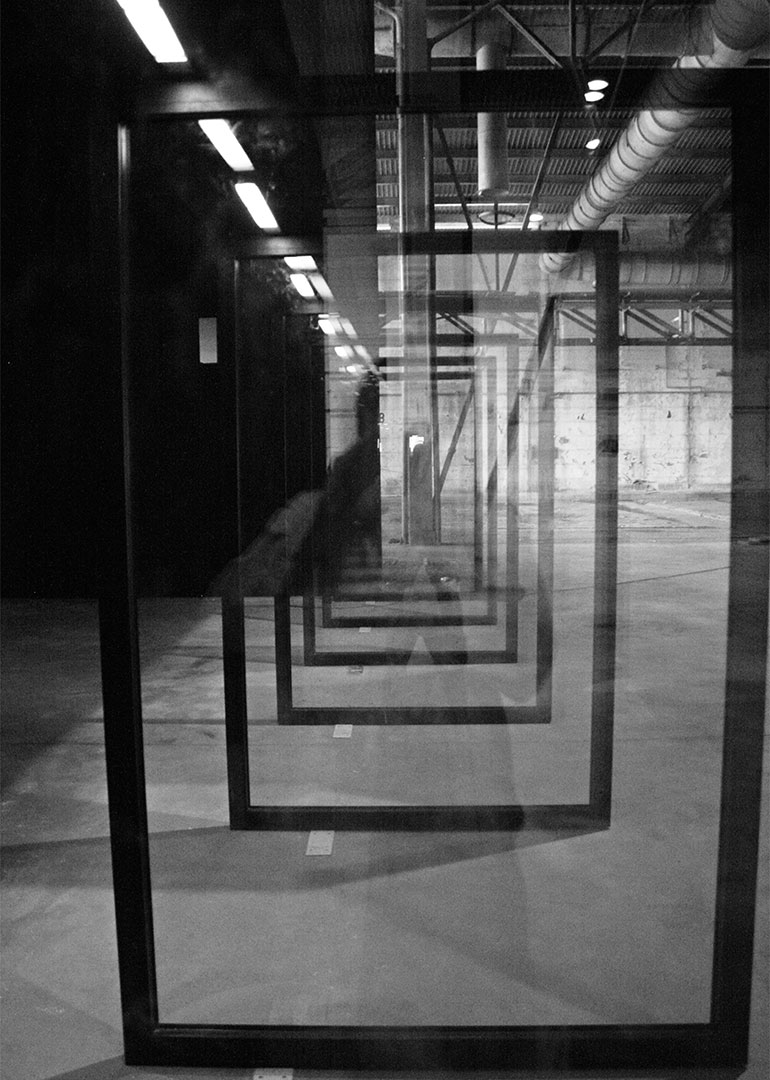 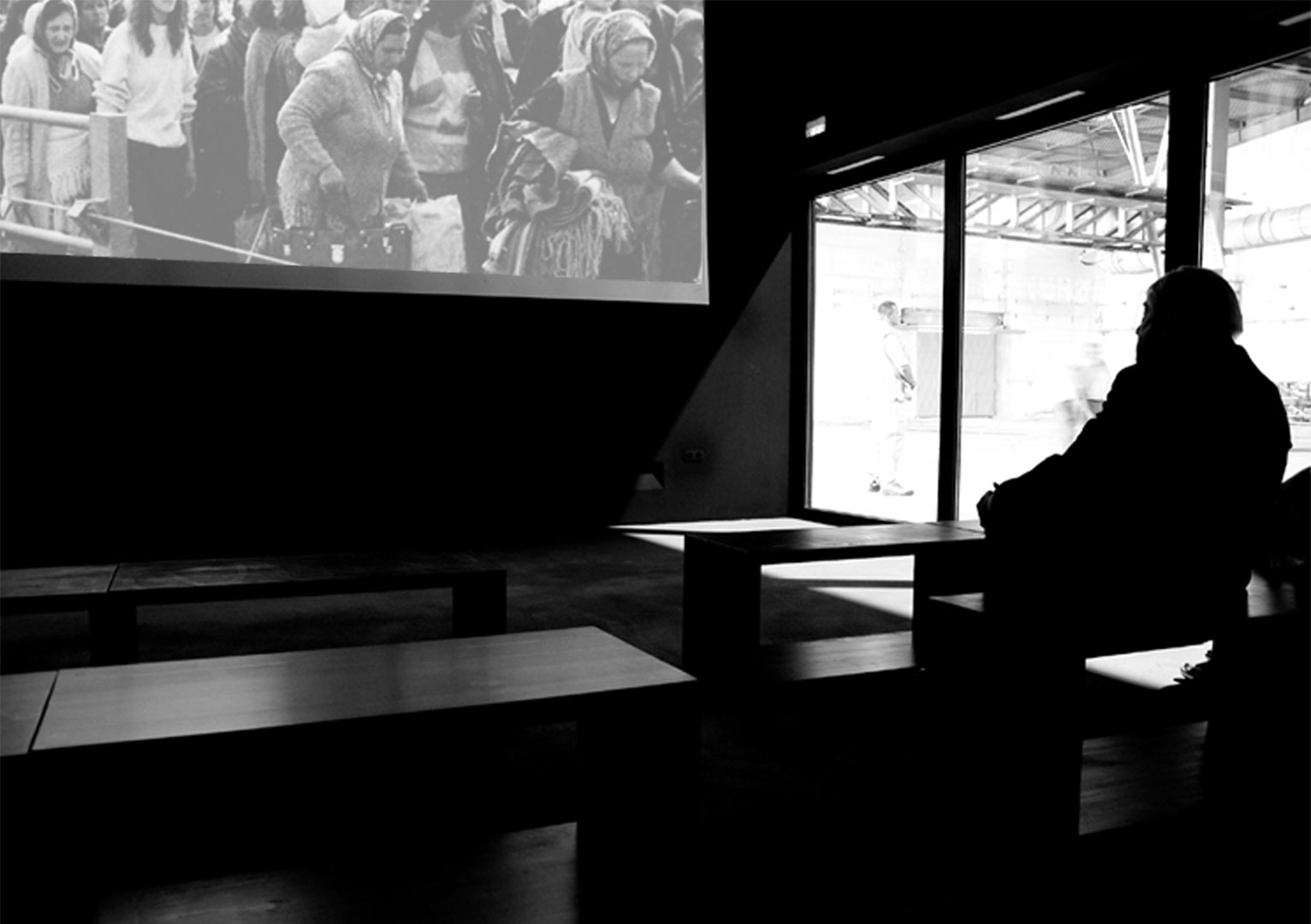 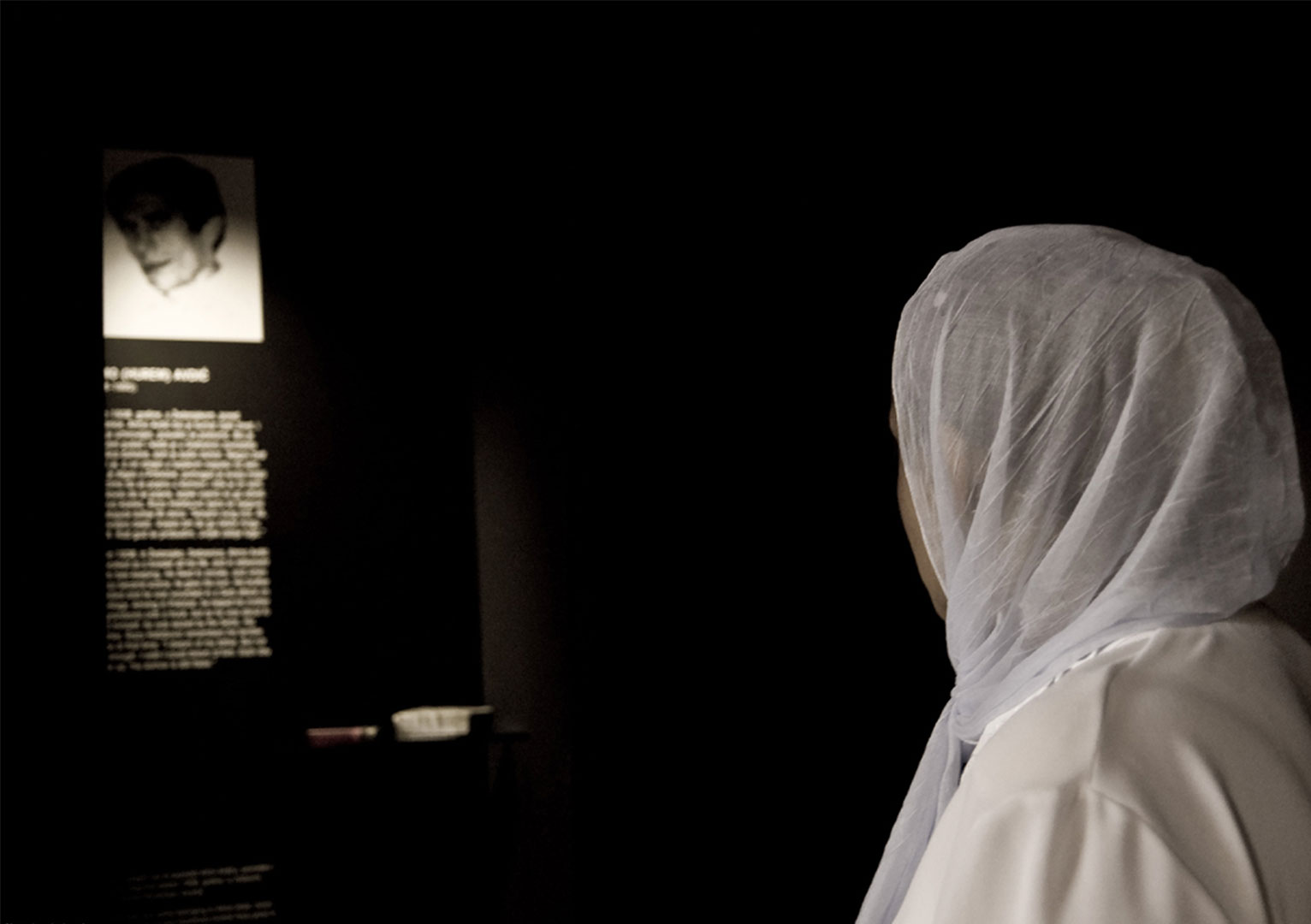 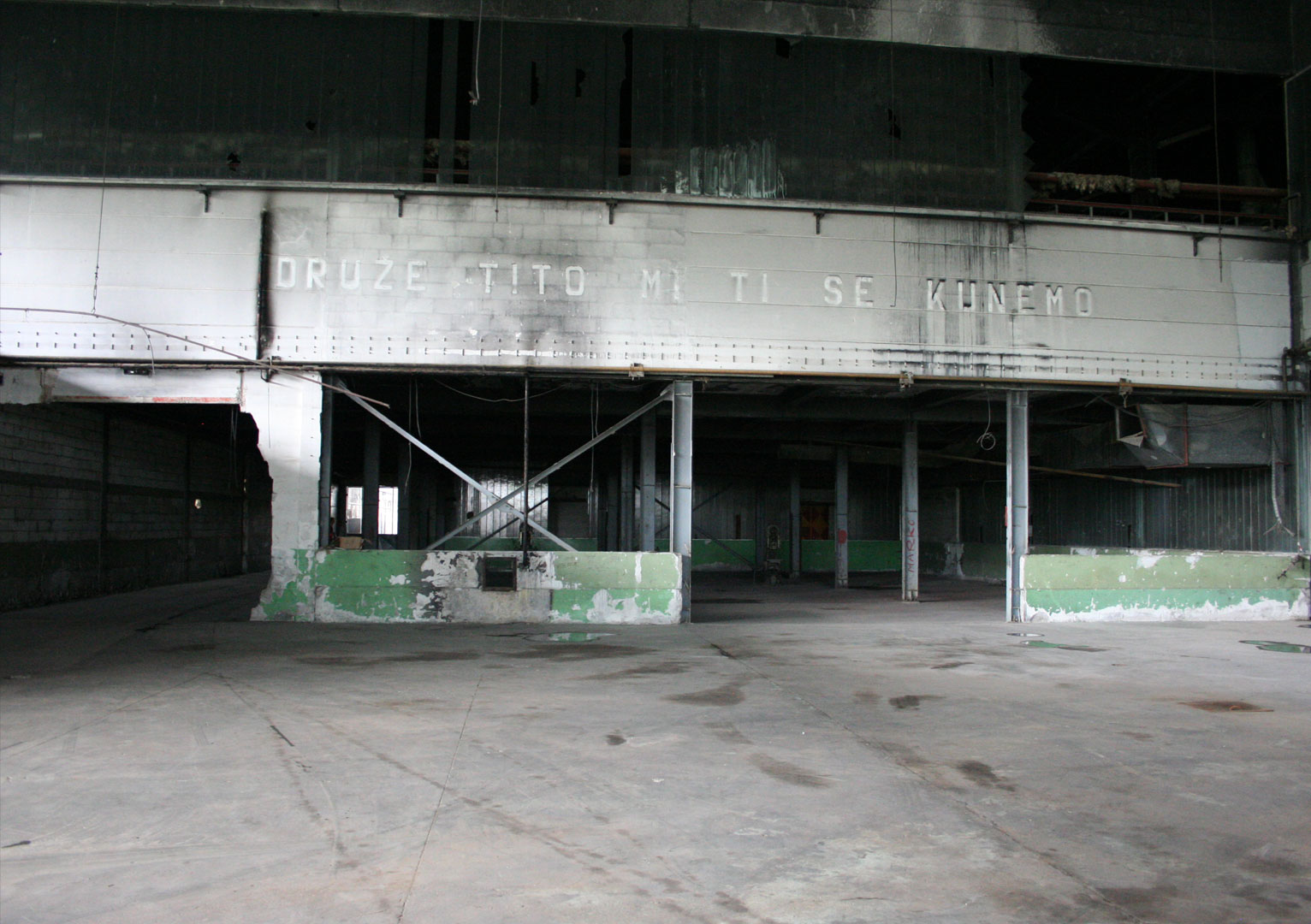 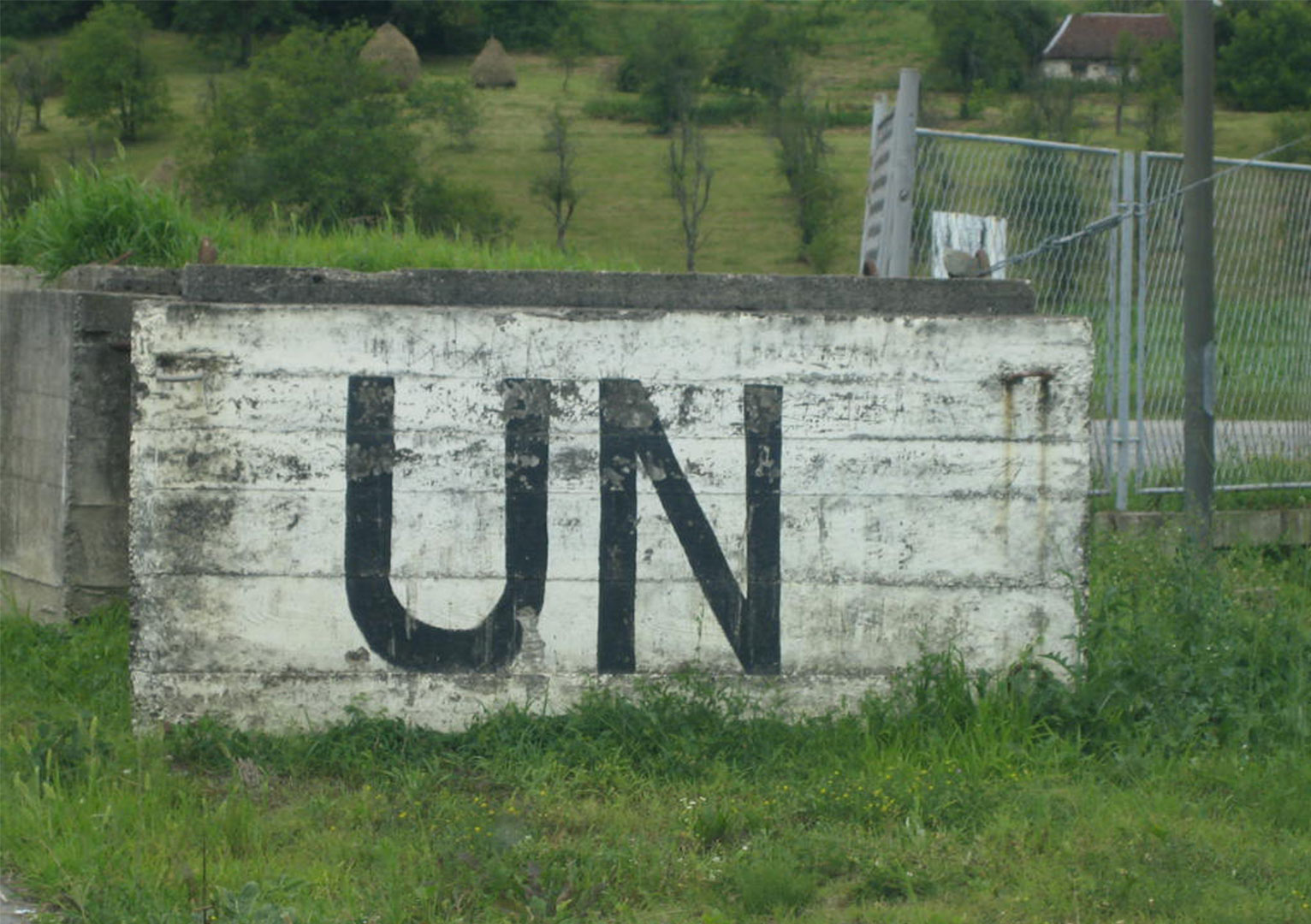 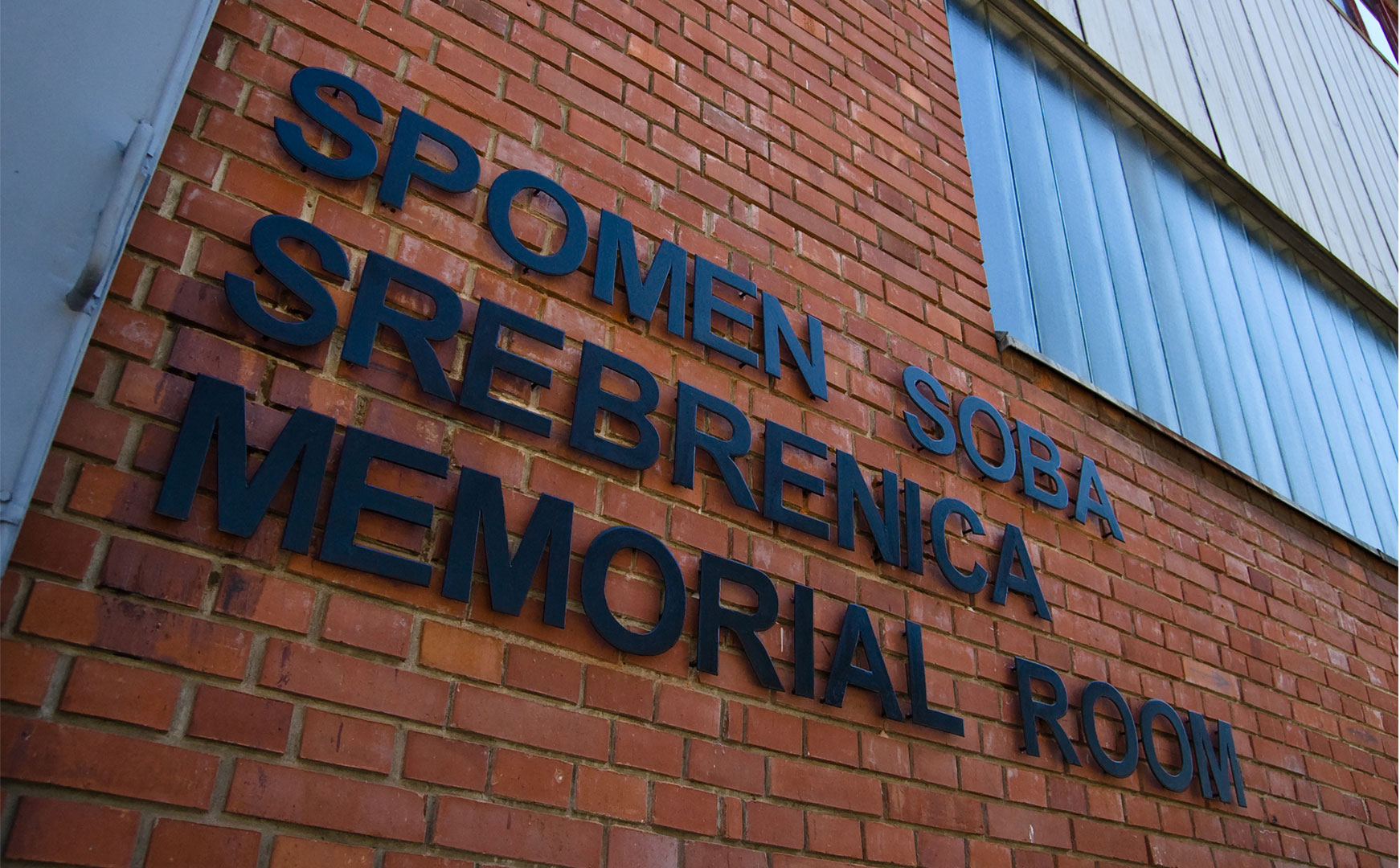 The Battery Factory at Potocari is the silent witness of the horrific events which took place there on 11 July 1995.

This 1980s industrial building – used by the UN Dutch Battalion as their headquarters – was seen as a place of hope by the Bosnian Muslims fleeing Srebrenica.  But it rapidly became a scene of unspeakable suffering.

To pay tribute to the events which unfolded there, the hall – in which hundreds sought refuge – has itself become a memorial.

Two tall black towers contain the narrative elements of the Srebrenica Memorial Room, the one providing seating and a continuously-running film, the other showcases containing the personal stories of twenty of those who died.  Subtly conceived visual links allow the narrative elements, the towers and the Battery Factory to synthesise, resulting in a memorial that is less a ‘room’ than a multi-dimensional experience of the informative and emotional aspects of a memorial. Different scales such as individual and collective tragedies and perceptions are the programmatic elements.

At the visitors’ level, the two towers open towards each other, creating a central space, which visitors criss-cross as they visit each space, taking in the information within.

The upper parts of the towers are closed, evoking a sense of loss, the darkened spaces seeming like voids from which the narratives of July 1995 descend.

The film projection tower enables collective experiences and provides place of discussion. The opening towards the central area is glazed to provide insulation. The individual glass panels can be turned for 90º to form an entrance and to open the tower towards the central area. The closing or opening of the glass panels allows multifunctional programming of the memorial.

Aloof, monumental and silent, the two memorial towers do not compete with the Battery Factory with its trunking, peeling paint and towering steel supports.  Instead they enhance its meaning – stark, modernist constructions which enfold within them the stories of the terrible suffering of the fleeing Bosnian Muslims.

Implemented as .arch, an architectural collaboration for the Srebrenica Memorial Room design competition.