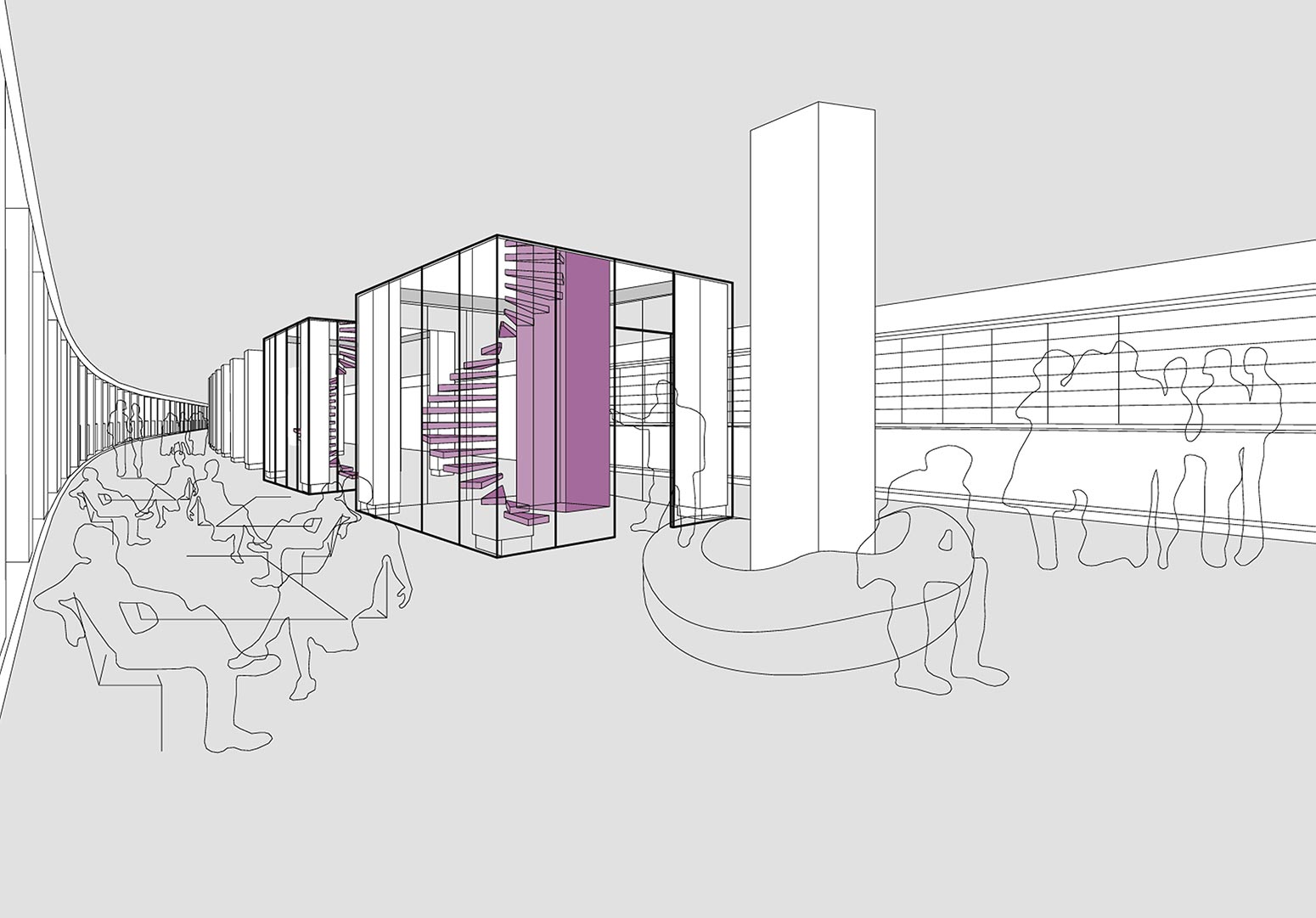 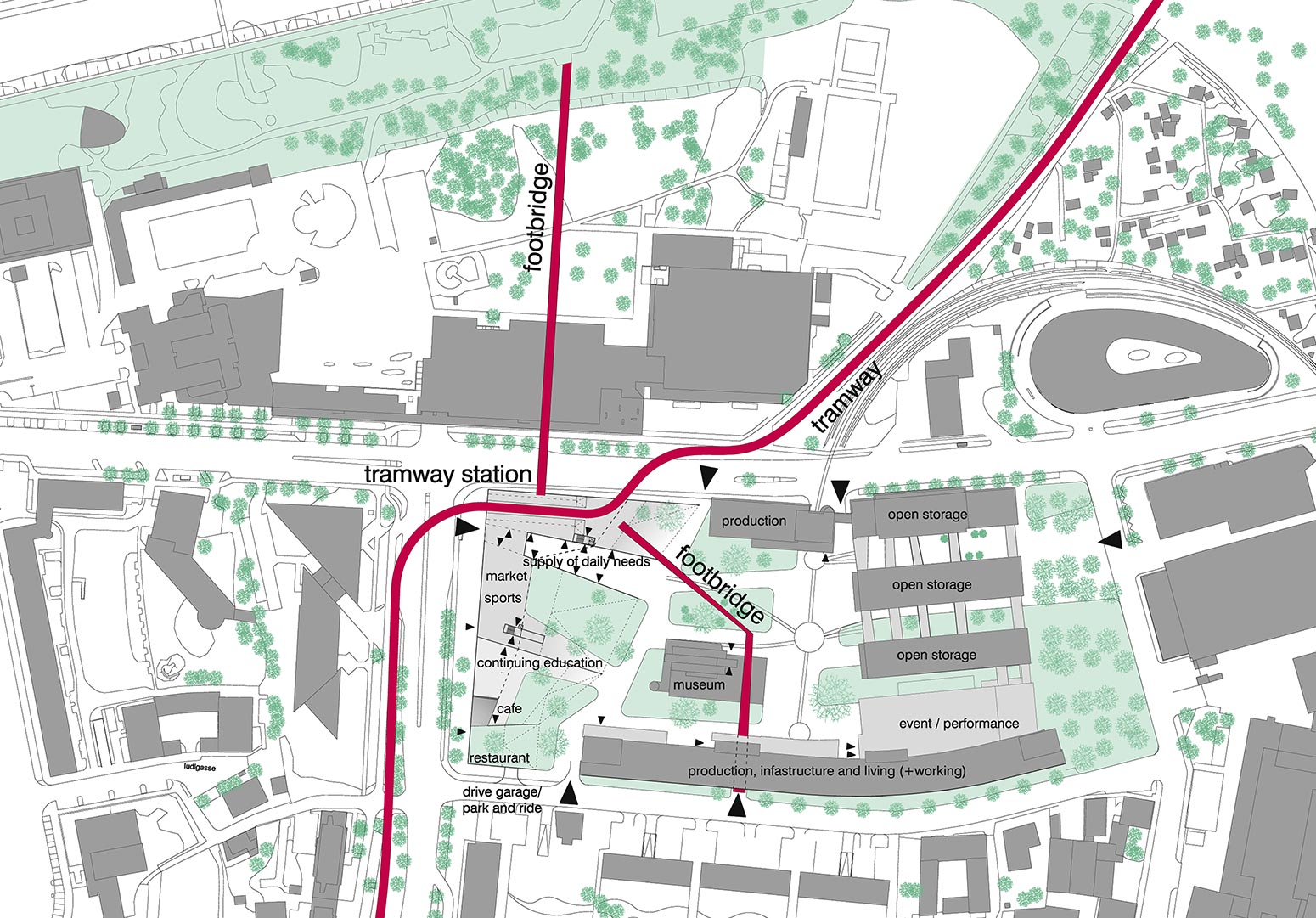 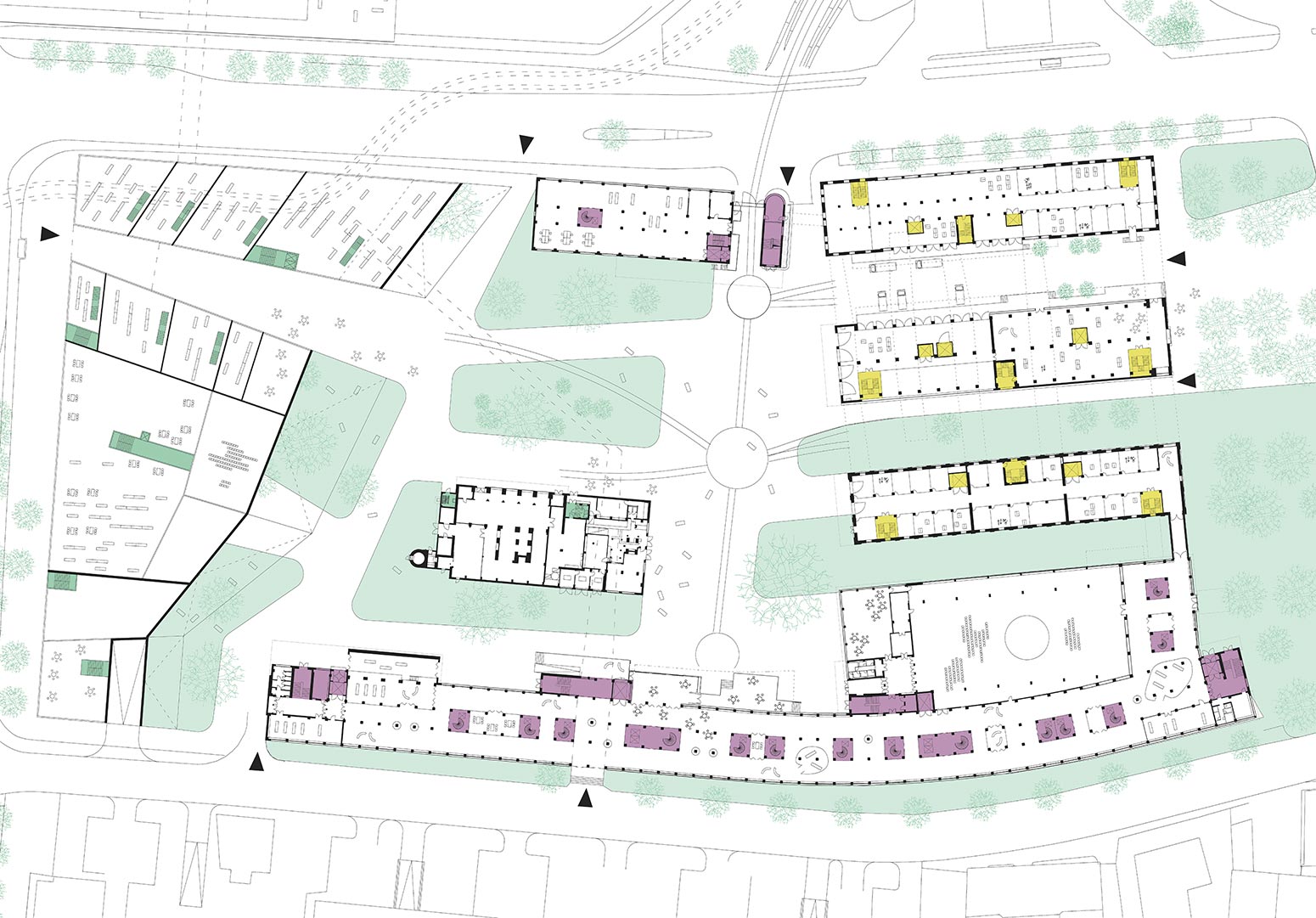 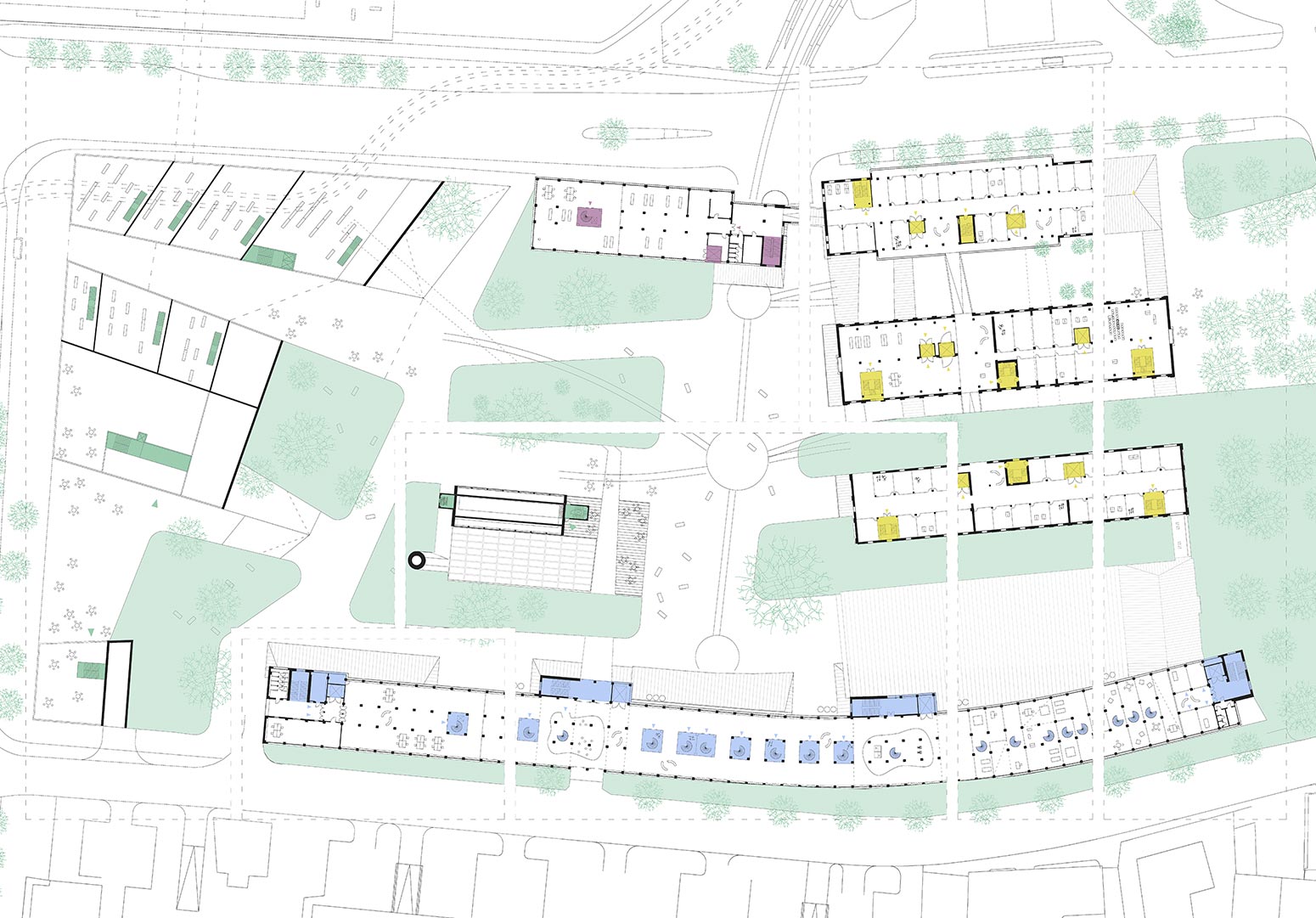 peter behrens was shifting between the roles of an applied artist, architect and designer. besides that he was always representing social aspects in his work. his self-conception was tied to the discursive space of the arts; his actions on the other hand closely connected to the reference-field of social transformation.

questioning “how we want to live?”, and connecting social and aesthetical matters, as peter behrens always tried, the proposal endeavors to link the architectonical draft with a possible programmatic structure.

the proposal shared use – common grounds offers the possibility to realize something new while keeping the spirit of behrens alive at the site.

based on principles of ‚neuen sachlichkeit‘ identity of architecture was derived from the production process. the selection of structural concepts and materials was based on utilization. behrens named intended use, raw material and technology coefficients of friction for the new design.

the tobacco factory was deprived from the original intended use. the modernist architecture is emptied of meaning.

the modernist linearity is broken up by additional vertical and horizontal connections, which enhance the complexity of the buildings and allow an organic development.

new modes of productions alter the architecture. new usages position the presence in a lively relationship with the past.